Founded by four students from the Conservatory of Paris, all first prize laureates in both instrument and chamber music, the Parisii Quartet recently celebrated its 30th anniversary.

The keystone in their itinerary, the search of the perfect sound and profound conviction that music needs to be lived from the inside, is legated to the Parisii Quartet from its master, Maurice Crut, brilliant representative of the French-Belgian tradition and member of the renowned Pascal Quartet.

The Melos, Amadeus and Lasalle Quartets, all contribute to the first edifying years of the Parisii Quartet, consecration of which is the prize winning of both the Evian and Munich Competitions in 1987. These victories open the door to the Quartet to the most prestigious chamber music series, and its performances attain over 100 concerts per year across 80 countries.

Based on a shared ambition of excellence and eclecticism, over the years the Parisii musicians develop a repertoire of impressive breadth and unequalled quality of interpretation, undoubtedly placing them amongst the greatest. Convinced by the importance of supporting musical creation, the Parisii musicians actively contribute to reveal a number of contemporary composers.

The Parisii Quartet’s discography faithfully reflects its musical itinerary, distinguishing itself for its breadth and eclecticism. While offering grand integrals such as Beethoven, Brahms and Webern, its first recordings are dedicated to the French repertoire (J. Ibert, A. Roussel,

Among the many awards to its name, the Parisii Quartet receives the Charles Cros Great Prize (2002) for its interpretation of the integral works of D. Milhaud’s 18 Quartets. Other awards include Music Victory (1994) for the original soundtrack of the movie “The Public Writer” composed by William Sheller, with whom the Parisii Quartet makes the classical music bestseller 2003 with its album “William Sheller - Works for string quartet” ; ffff by Télérama for Debussy - Ravel – Menu ; Diapason Découverte for A. Honegger, etc.

In 2010 the Parisii Quartet adds to its discography a CD dedicated to E. Chausson alongside Sandrine Piau, Régis Pasquier and Philippe Bianconi.

In 2013, in addition to two recordings dedicated resp. to T. Dubois et T. Gouvy, the recording of Gilbert Amy’s “Litanies pour Ronchamp” alongside the Solistes XXI vocal ensemble, together with the “Adagio” from Beethoven’s 15th quartet, is awarded the « Coup de cœur » prize by the Charles Cros Academy, as well as the Sacem prize awarded by the “Académie du disque lyrique”.

Also in 2013 the Parisii Quartet’s recording featuring the first ever integral “Livre pour quatuor” by Pierre Boulez, is selected to be included by Deutsche Grammophon in a CD-box dedicated to this composer’s full works.

In 2015 the CD “Balnéaire” featuring Laurent Lefrançois’s full work involves, among others, the Parisii Quartet alongside Paul Meyer and Magali Mosnier.

The recording of Giuliano D’Angiolini’s “Cantilena” album is published in 2016 and receives great critical acclaim from Resmusica as well as The Guardian. 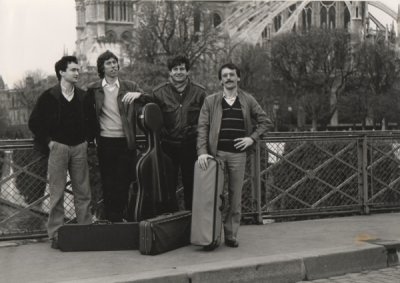 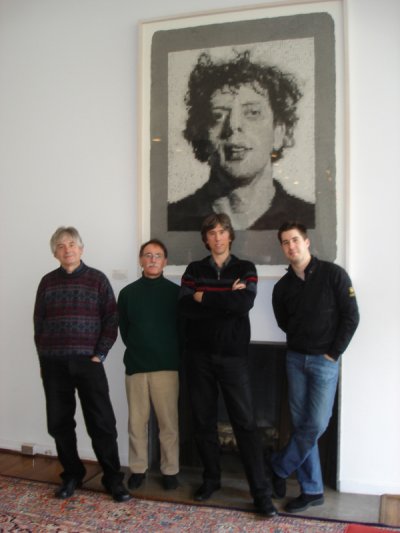 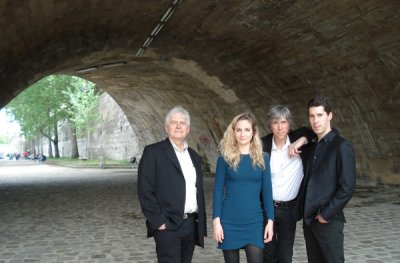